Posted by Linda Maclaughlan on 24 November 2016

One of our resident bloggers Paul O Neill talks about his preparation for one of the biggest challenges of his life. Read on….

After more than a decade of relative inactivity, I fancied getting fit again so I did a crazy thing and entered one of the events at the annual Jedburgh Running Festival, but not just any event – oh no – only the longest and most difficult of them all. So in a few short months, I will (hopefully) be running my first ultra-marathon – specifically the Jedburgh Three Peaks Ultra Marathon.

Here is pretty much everything I knew about the event when I entered: 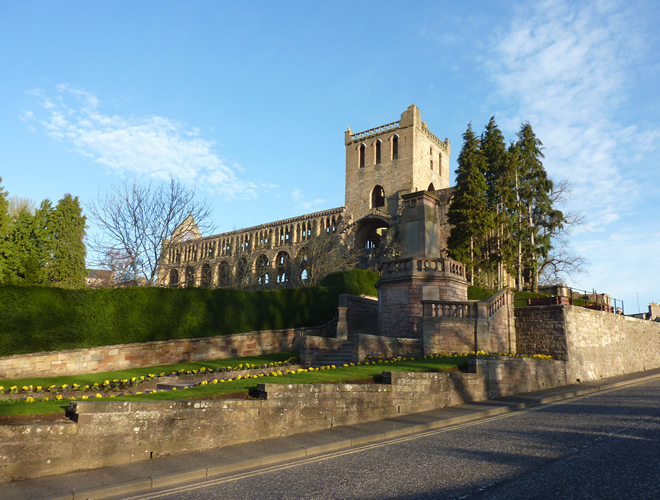 At roughly the halfway point, that’s when the three peaks come into the equation. Summiting all three Eildon Hills at Melrose is the lung-bursting, muscle-shredding killer blow which marks the turn. Then you get to run all the way back to Jedburgh. Taxi! 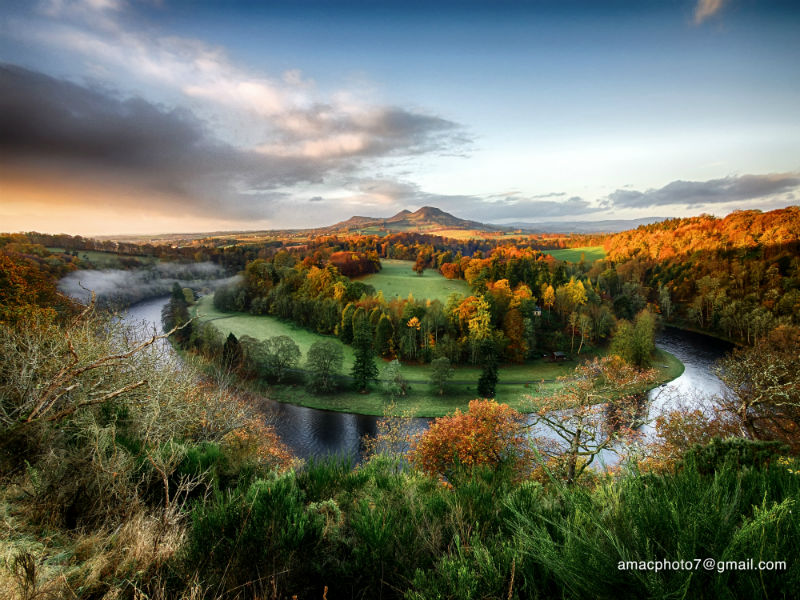 You get a t-shirt if you start it and a medal if you finish. A medal? If I can actually finish it, an open-topped bus parade through streets full of cheering crowds will be the only suitable celebration of my achievement.

And yet I still entered.

A very good question.
If it wasn’t for the many people who have completed this event before now, and lived to tell the tale, I’d have doubted it was even possible for a human being to run such a distance – even without the three huge hills in the middle.

Having seen many ultra-marathon finishers stagger triumphantly in to Jedburgh over the years, I was always somewhat in awe of them, much as I would be if I encountered an Olympic medallist or someone who’d conquered Everest. I was enthralled with the very idea of it. Amazing dedication; exclusively for elite sportsmen and women, or so I thought.

Then I saw it featured on BBC’s The Adventure Show and it looked really friendly and accessible, with amazing camaraderie amongst the runners. Many entrants alternate walking and running and all of them looked like they were enjoying themselves immensely. In short, it looked like – dare I say it – fun, but loses none of its kudos for that.

By the time the Ultra happens, I will be almost 49. The last proper exercise I did was a half-marathon in 2005. I used to be really fit in my younger days, what with cycling and running and other stuff, but I’m lazy and busy and have gotten out of the habit. I needed a challenge, and to my mind there is none bigger. There’s no way I can possibly complete this thing, is there? That’s the appeal right there.

And anyway, the main point is to force myself out and get active – I’m not someone who can just go to the gym or whatever, week after week, I need something to aim for.

I intended to go out for a few training runs before entering, just to see how my body had coped with the years of inactivity (not to mention all the beer and pies and chocolate), but a house move in May put paid to that and I decided to be all sensible and give it a miss.

The entry day at the end of May duly arrived and I watched sadly as seemingly everyone on the Facebook group excitedly proclaimed: I’m in!

The thought of waiting another year was quite depressing, but I wasn’t ready and wasn’t sure if I would be able to complete it. There were too many unknowns; too many risks. And then I realised that I was scared of failing, and suddenly I became really determined to do it.

So I looked out my old running shoes, which have travelled many more miles in removal vans in recent years than they have on my feet, and immediately one of the soles fell off – bits of these old stalwarts had mouldered away to dust.

I thought about how long I’d had them and was shocked and ashamed – but just a little bit pleased (I’m proudly tight-fisted) – to discover that they were almost 30 years old (bought c.1987). It was with great regret and a deep sense of loss that I unceremoniously threw them in the bin, although even once I’d made the decision to part with them, I had to resist the strong urge to hand them in to a charity shop (surely someone could get a few more years out of them??).

So new shoes were purchased and the training started. And then stopped. ‘The best-laid schemes o’ mice an’ men Gang aft agley, An’ lea’e us nought but grief an’ pain’. Was Robert Burns a runner?

I did my usual (if once in 10 years can count as ‘usual’) warm-up, calf-stretches and general jiggling around, and set off for a light and easy first training run, but I had forgotten just how hilly Jedburgh is. Embarking on a run in almost any direction involves ascending steep hills.

I huffed and puffed; walked and ran up the tarmac wall that is Sharplaw Road, through pain and discomfort until – yes, you’ve guessed it – something went ‘ping’ and I limped home with an injury. It felt like someone had stabbed a red-hot poker into the back of my left calf.

What on earth had I done wrong? (Answers on a postcard).

Hmmm, this was an unexpected setback. Never mind.

A few days later, everything felt fine again, so I did my stretches, did my warm-ups and set off again. Same route. The old calf was feeling very tight, but I don’t let stuff like that stop me – no way. I made it past the place I’d stopped before and managed a loop of about 4 miles. Success. I was off and running.

I was concerned about the tight calf however and actually did a bit of research (a couple of quick Google searches). I should have been doing an easy warm-up jog of about 20 minutes before embarking on my run proper. So now I know. Off I go.

I only made it through about 4 minutes of my easy warm-up jog when the same calf went again. Limp home.

Okay, another setback. I kept thinking – I’m losing vital training time here, can’t be hanging about feeling sorry for myself. This thing is going to be hard enough and I’ve not even really started properly training yet. A few days’ rest and I was ready.
A bit more research first – aaah, you’re not supposed to stretch cold muscles (stretching is what you do after exercise). Okay dokay.

I think I need to change how I measure my runs. I started with miles, then minutes, but this one needs something new: Steps maybe? About 20 of those. Seconds? Around 12. The good thing was that I didn’t have far to limp home, as I hadn’t really left. To put it into perspective, our car was parked further away than I had managed to run.

Jedburgh is a very sporty place, with the rugby teams, the Jed Joggers, the gyms, the very popular swimming pool and various other athletic pursuits. For a small town, it has a lot going on, and Martin Fisher, our local physiotherapist, sports masseuse and all-round fitness guru, it seems, is the one-stop shop for everyone’s ailments.

I’ve lost count of the number of recommendations I’ve heard – it’s the Jedburgh mantra, whenever you mention an injury or twinge – make an appointment with Martin, he’ll sort you out in no time.
It was 2 weeks before he could see me, which wasn’t ideal, but I figured that 2 weeks’ extra rest and recuperation time for the injury was probably not a bad thing.

A sports massage (my first ever), a very illuminating discussion about my health and fitness, a list of exercises and routines to help the recovery and to avoid any repetition and I think I have everything I need. If only this poor beleaguered body of mine could get on board with my new-found enthusiasm.

Things I’ve learned since I entered the ultra-marathon:

I’ve attempted four training runs and limped home from three of them, with the distances covered getting shorter and shorter.
It is the end of June and I haven’t really started training yet. The event is a mere 4 months away.
In those 4 months, I need to recover from an injury, get started on distance training, do lots of hill running and work up the miles to the point where I’m within touching distance of the final total. Nae borra.

Estimated chances of completion? 50/50, and that’s if I’m being very generous.